"That was really brilliant! One of the best talks we've had. The students were completely absorbed. We will definitely be getting Angela back again."

"You were SUCH a great success with the sixth form. So many have come to say how much they enjoyed your presentation. Really fascinating, uplifting and sad too. Many have said it was the best Friday talk ever! So, a huge thank you."

"That was the best talk I’ ve heard at this school."

ART BEHIND BARS: THE ROLE OF THE ARTS IN THE CYCLE OF CRIME, PRISON AND RE-OFFENDING

It is all too easy to adopt an “out of sight, out of mind” approach to prisoners. But years of working as an artist within the Criminal Justice System in England and Germany have given Angela unique insights into the destructive and costly cycle of crime, prisons and re-offending.

The Corona virus months of lockdown have given us all a taste of what it means to lose liberties we normally take for granted. But it is still a far cry from the experience of being locked in a tiny cell for up to 23 hours a day. With prisons regularly hitting the headlines and successive governments acknowledging the system as a “scandalous failure”, this talk could not be more topical.

Few people know prisons and offenders as well as Angela and she has been enthralling audiences of all ages with this fascinating and thought-provoking talk. Using countless images of prisoner’s art, she asks ethical questions, challenges pre-conceptions and evokes empathy through understanding ‘the other side’ of media portrayals of criminals. Possibly most importantly for students emerging into a changed and uncertain world, she offers creative tools and techniques to develop the resilience, creativity and optimism they will need to survive and thrive.

Using facts, stories and images of prisoner’s art this talk will:

Here is a more detailed synopsis

“That was certainly one of the most fascinating and thought provoking talks I’ve heard in a long time and this has been backed up by superb feedback from both pupils and staff. Not only is the message an extremely important one but also it came across so strongly in the wonderful photographs of prisoners’ art and you presented the arguments in an extremely accessible fashion. The statistics you use about re-offending rates and reasons behind crime are powerful in themselves although equally impressive was your empathetic approach to the issues presenting a dynamic case for making changes at the heart of the prison system.”
Head of Sixth Form, Canford School

“It’s a real lottery as to what you get when you book a speaker for the first time, but Angela’s talk was excellent. The delivery was well paced and kept the students fully engaged throughout. She really captured and entertained them with the stories from prison, but left them with some challenging questions about the purpose of punishment.”
Head of PSHE, Concord College

“Your talk was voted ‘the most thought-provoking talk of the year’ by the Sixth Formers.”
Head of Sixth Form, Eastbourne College

“As an Enrichment Talks coordinator, I have engaged many speakers from various fields. Angela’s talk was the highlight of our calendar. She delivered her presentation on Art in Prison to an initially sceptical audience of Years 10 and 11 but because the speech was so authoritative, engaging and accessible, by the end of the session the girls were fully receptive to the ideas and story of Angela’s experiences and many of them spoke to Angela and myself personally about how inspiring they found it. I would have no hesitation in recommending her to other schools and colleges as a highly professional and engaging speaker.”
Learning Enrichment Co-ordinator, Wakefield Girls’ High School

“Angela’s talk was brilliant. The sign of a good talk can be measured by the amount of questions asked at the end and there were a large number of questions. Angela held the attention of everyone in the hall for a full hour. It was a totally unique talk and we have not had anything like it before. A rousing success.”
Head of the Prideaux Society, Lord Wandsworth College

“That was fantastic – definitely one of the best talks I’ve heard in the past 10 years of coming to lectures here. The subject was fascinating and in no way did Angela judge or aim to sway opinion; she just presented the facts in a reasonable and objective manner making what she said so much more powerful.”
Teacher, Reeds School, Cobham

Talks can be adapted to emphasise a particular interest or target a particular group such as artists or art students looking for an introduction to Art Therapy.
Angela is also available to lead subsequent seminars or discussion groups. 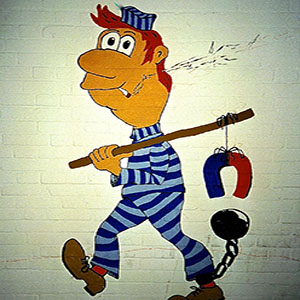 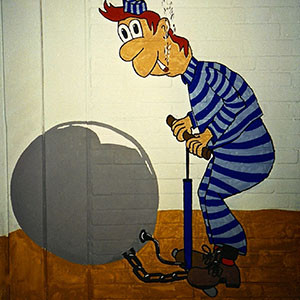 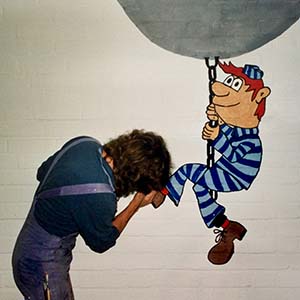 Please click on the talk titles for more information

To discuss your requirements, fees and availability please contact Angela

Read my monthly blogs - relating to Criminal Justice, Germany’s and Britain’s differing cultures of World War 2 Remembrance, and art as a tool for change