Art behind Bars – 2019 Why art in prisons is vital

Please feel free to read my article Art Behind Bars – how can art make a difference to the life of an offender? in the Autumn edition of The Arts Society magazine: 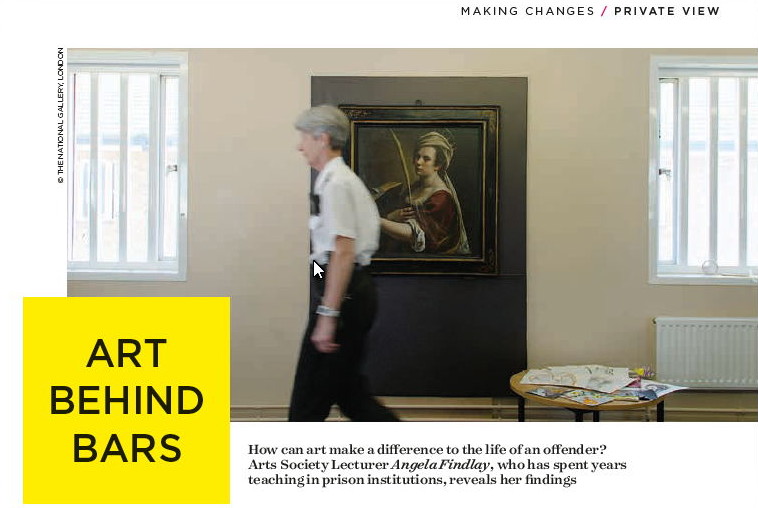 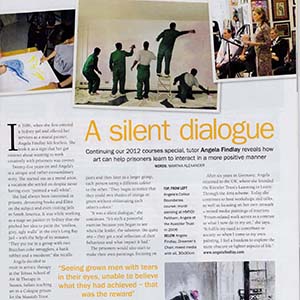 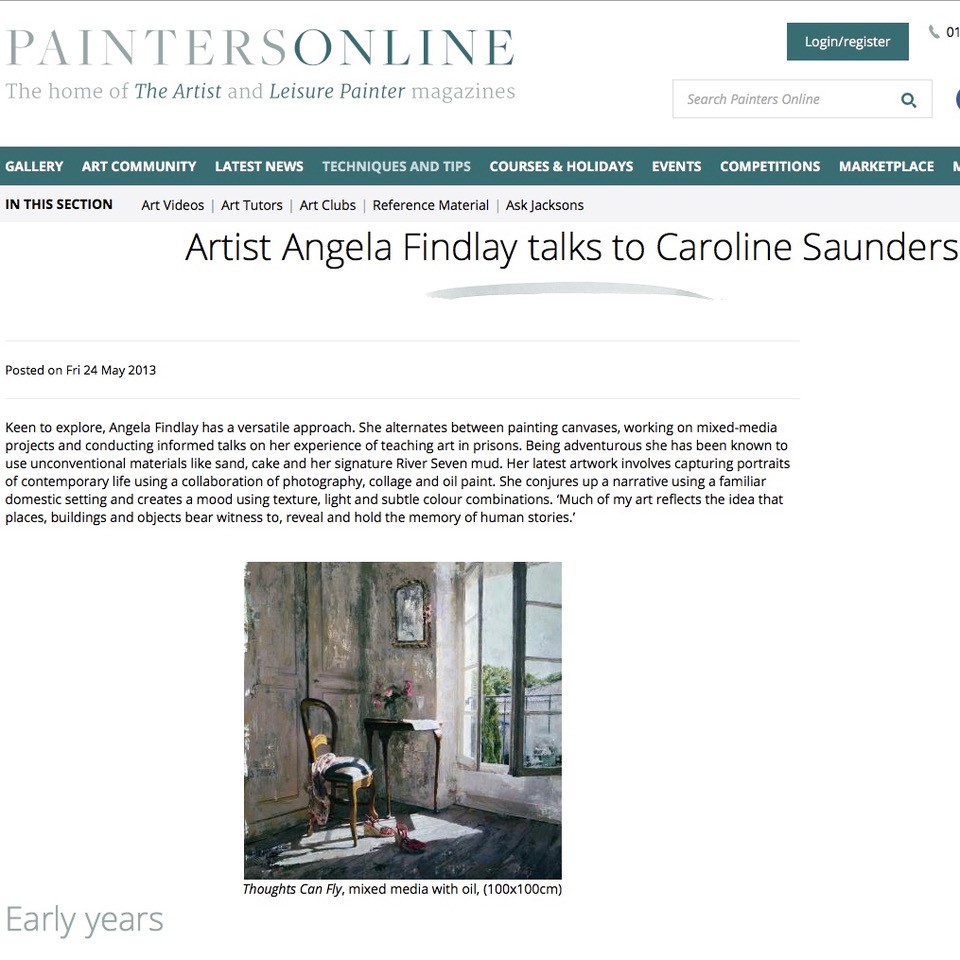 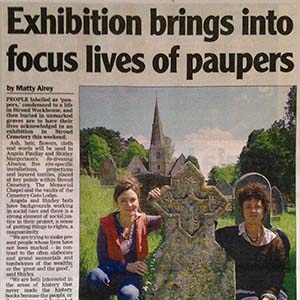 Someone’s got to do it: The prison art teacher 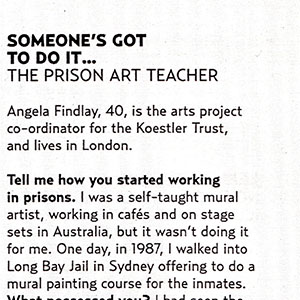 Laurence Llewelyn-Bowen puts his classical fine-art training to use at Her Majesty’s Prison Stafford. Angela was invited to facilitate the warm-up day, leading both prisoners and Llewelyn-Bowen through a series of her colour exercises resulting in a large scale piece of work.

“IT WAS STAGGERING TO WATCH ANGELA. HER ABILITY TO ENTHUSE AND INSPIRE BROKE BARRIERS AND TRANSCENDED BOUNDARIES.”

Laurence Llewelyn-Bowen while filming “Hidden Talent: locked away” for BBC2 at HMP Stafford

See all of my German press articles here 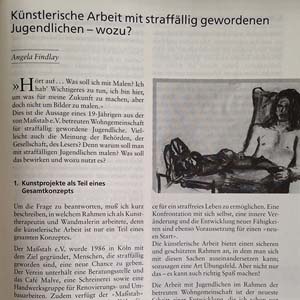 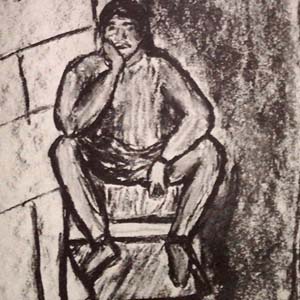 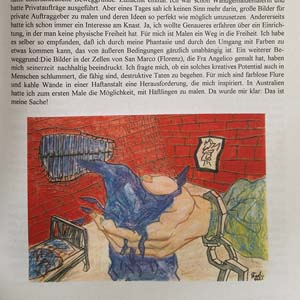 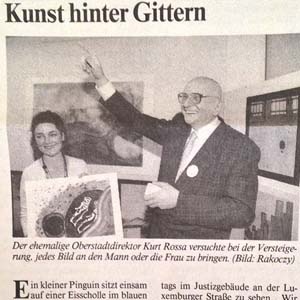 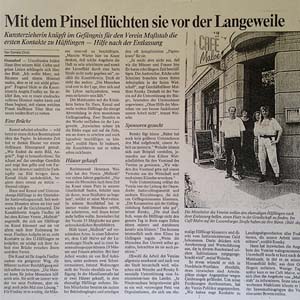 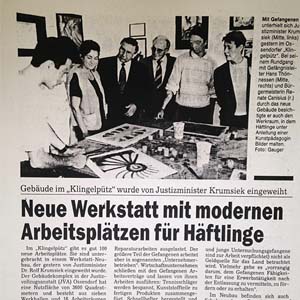 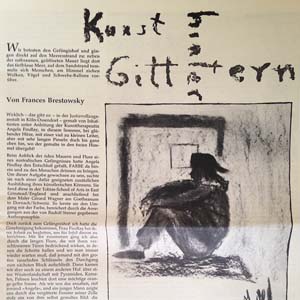